Buyer’s Guide to Round Diamonds

Close your eyes and picture a diamond. You are picturing a round brilliant. This iconic diamond shape symbolizes millions of marriages, adorns millions of ears, and paves countless inches of gold. What is the difference between a round diamond and a round brilliant diamond? While other kinds of round cut diamonds are technically possible, like a round rose cut diamond or an antique Old European cut, the modern round brilliant cut diamond is the most popular diamond shape of all time.
Shop Round Diamonds
Checklist
Shop Recommended Round Diamonds

Diamond faceting began in the 15th century when it was first discovered that diamonds could be polished by their own dust. Before that, rough diamonds and polished crystals were the only way to wear this gem. Faceting unlocked the potential for sparkle. Once diamond cutters discovered the beauty of polished diamonds, they kept innovating, starting by polishing crystals, cutting off the top of the crystal to create a table diamond cut and then step cut diamonds. In the 16th century faceted diamond cutters developed rose cuts, followed by the cushion shape old mine cut.

Mazarins, the first brilliant cuts with more facets to maximize brilliance, were introduced in the middle of the 17th century. Then the industrial revolution in the late 19th century transformed diamond cutting.

Over the decades, cutters adjusted the proportions and angles to improve light performance instead of just saving as much carat weight as possible.
Why We Love Round Diamonds

Brilliance. Fire. Sparkle. Nothing dances with light like a round brilliant cut diamond. These unrivalled optics are due to the symmetry and proportions that create optimum reflection, refraction, and scintillation. This diamond shape has the best light reflection of any diamond cut, with the most light that returns to the eye.

A round brilliant diamond in the sunlight will throw reflections and rainbows across the room.

The angles and proportions of round cut diamonds have been researched in depth by diamond grading laboratories and the cutting standards for the round brilliant are higher in general than for any other cut. The round brilliant cut is the only diamond shape with a cut grade on its GIA diamond grading report. Because GIA is the world’s most important diamond grading laboratory, it is very influential in the industry. Cutters know that diamonds with an excellent cut grade or very good cut grade from the GIA sell for more so they work hard to make sure their diamonds meet those high quality standards. That’s great news for you because it’s easier than ever to find a well-cut round diamond.

How to Buy Round Diamonds

The brilliance of most rounds makes them bright, so you don’t have to buy the top color grade to get a beautiful diamond. You also are less likely to see inclusions because of all that sparkle, so you don’t need to buy a flawless gem to have a beautiful diamond either. But what you definitely don't want to skimp on is cut: look for an excellent cut and your diamond will live up to the potential of the round brilliant cut diamond to dazzle with light reflection.

The best way to buy a round brilliant diamond is to buy it loose and then set it into a ring.

Buying a loose diamond will give you more control over its quality. Choose a diamond with a diamond grading report from GIA or AGS, the world’s most respected diamond grading laboratories, to make sure that the quality has been independently verified from an accurate and impartial third party.

If you choose a round diamond with an excellent cut grade from GIA, popularly known as an ideal cut, you’re sure to own a beautiful and well-crafted diamond.

You can also buy diamond cut to an even higher standard: a round brilliant hearts and arrows diamond which demonstrates superior light performance when evaluated with a viewer that confirms the maximum amount of light is being returned back to your eye.

Make sure you buy your loose diamond from a company that demonstrates a commitment to responsible sourcing. Supporting the Kimberley Process is a great start but the best suppliers go beyond that, sourcing diamonds directly from sightholders and mines.

ROSI generally recommends a diamond color grade of H and clarity grade of VS2 for round diamonds. This will give you a diamond that looks colorless with no inclusions visible to the naked eye. If your budget is limited, an eye-clean SI1 diamond is also a good choice. The money you save can be invested in a larger size diamond and a better cut. ROSI recommends excellent cut, symmetry and polish for a round diamond that sparkles beautifully. ROSI also recommends ideal cut diamonds and hearts and arrows diamonds, which do cost more but will have maximum brilliance.

The two diamond shapes that are most similar to a round brilliant diamond are the oval shape diamond and the cushion cut diamond. 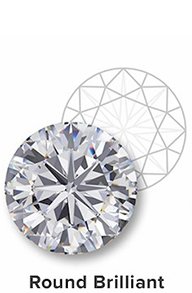 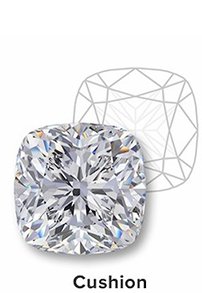 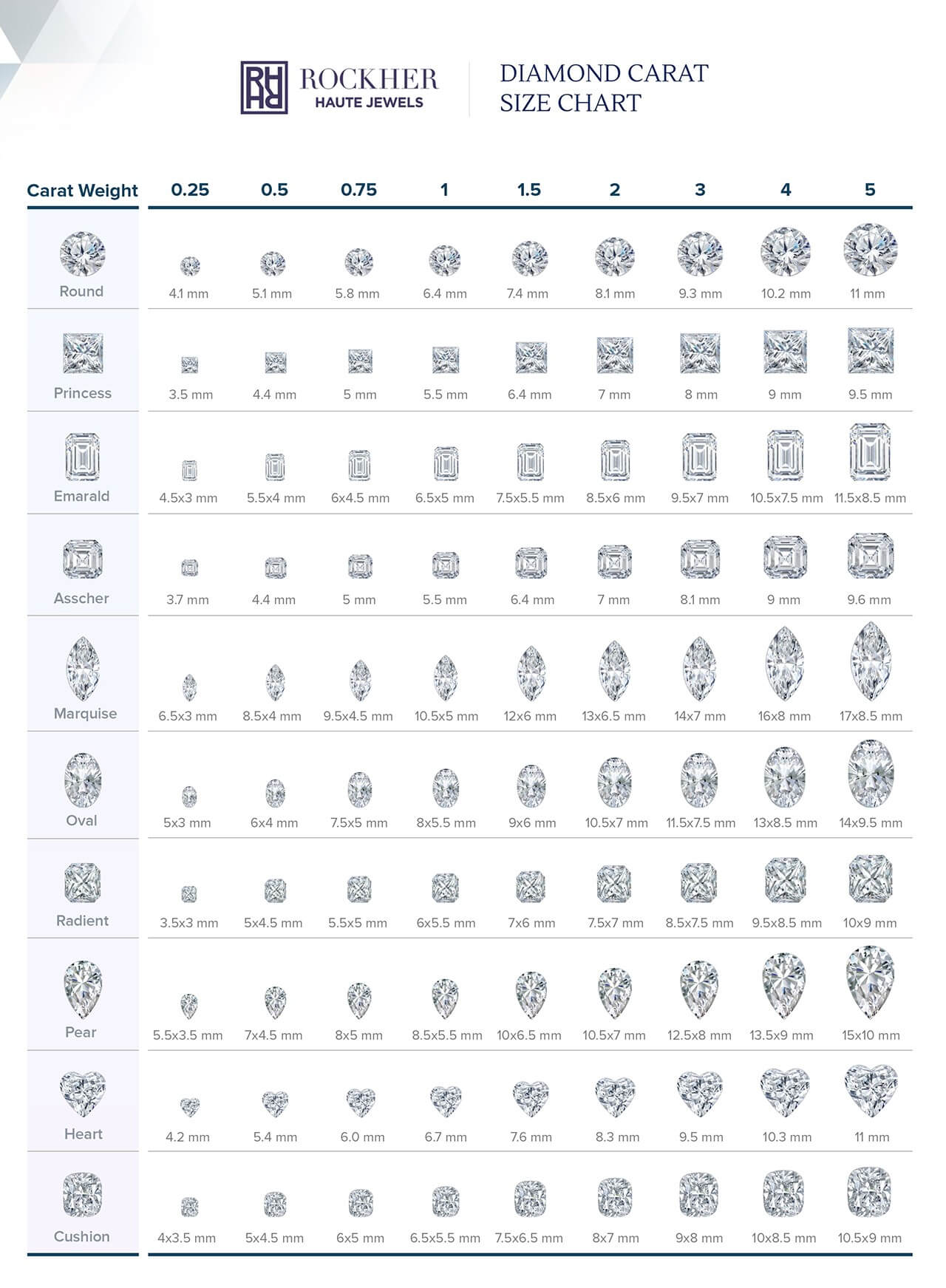