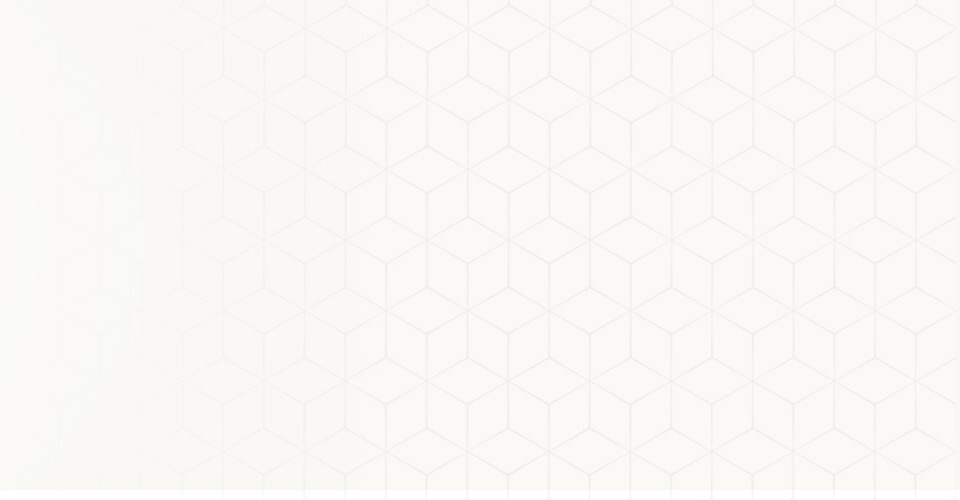 Beyonce. Jennifer Lopez. Jennifer Lawrence. Amal Clooney. Angelina Jolie. So many of the world’s most powerful and accomplished women have another thing in common: they all wear elegant emerald cut engagement rings. This sophisticated diamond cut stands out from the crowd with its icy perfection and dramatic geometry. An emerald cut engagement ring is the perfect choice for a confident, strong woman who loves
streamlined modern design. 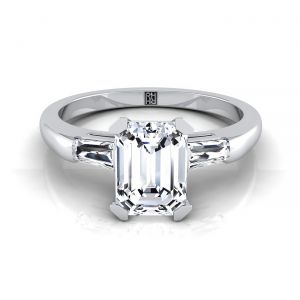 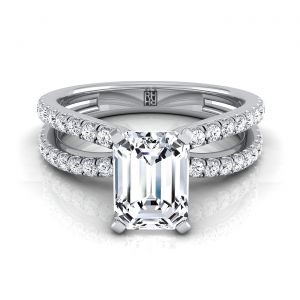 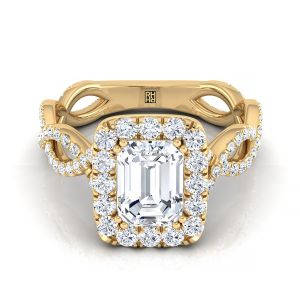 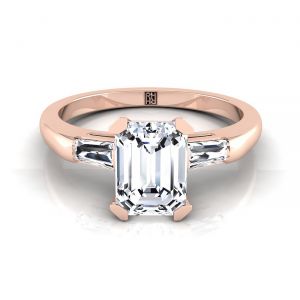 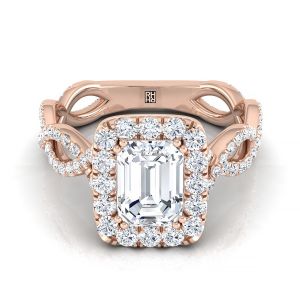 The emerald cut has a long and distinguished history: it’s based on the earliest faceted diamond shape called the table cut. In the 14th century, cutters discovered that they could use diamond dust to grind away the top point of a diamond crystal creating a flat table facet that allows you to see into the stone. Later they added a faceted culet on the bottom.

These early step cuts were refined over the centuries, becoming popular in Art Deco jewelry designs in the 1920s. Step cuts were particularly popular for emeralds because the beveled corners of the shape protect the corners against chipping while still providing bright flashes of color. The rectangular step cut, which suits the natural elongated shape of emerald crystals, became so closely associated with these green gems that it was named after them. 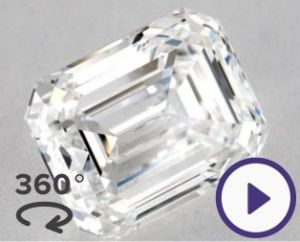 0.92 carat, J color, VS2 clarity $553.40
View All
The trick that finally unleashed the brilliance and dispersion of diamond were stepped facets around the stone that reflected light back as brilliance.
Why We Love Emerald Diamonds

The distinctive long and large facets of the emerald cut diamond make it easy to love. You’ll often read that an emerald cut has “less brilliance” but this isn't really accurate. The larger facets of an emerald cut return brighter and larger reflections of light back to your eyes: it’s a different optical effect than the smaller but more numerous reflections in a brilliant cut.

The optical effect in an emerald cut is
called the “hall of mirrors” effect: the
facets reflect each other across the
pavilion of the stone. 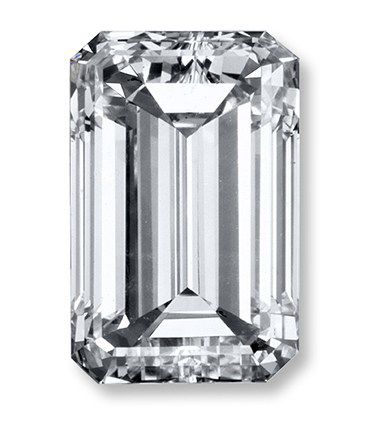 When you turn the diamond, you’ll see the entire gem flash with light. A well-proportioned emerald cut diamond is undeniably stunning.

How to Buy Emerald Cut Diamonds

Although the quality factors used to evaluate emerald cut diamonds are the same as the 4Cs of round brilliant diamonds, you will probably want to make different choices when you are shopping for emerald cuts.

The factor that you’ll immediately notice first is the length to width ratio: a comparison of how square or long the rectangle of the shape is. A ratio of 1 would be square and a ratio of 1.7 would be long and skinny. Which you like best is a matter of personal taste but most people prefer
something in the middle. 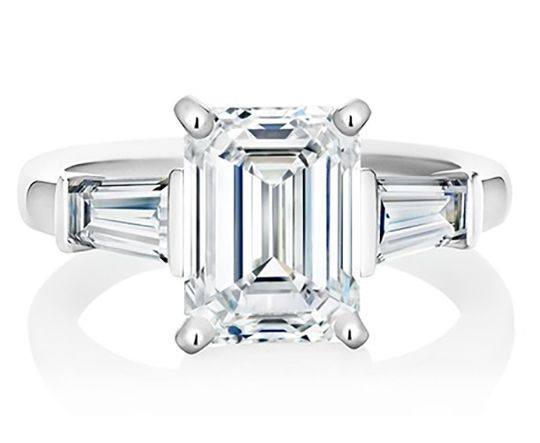 The large flashing facets that make emerald cut diamonds so appealing also highlight any inclusions inside the stone, lighting them up like they are under a spotlight. For this reason, you will want to make sure you choose an emerald cut diamond without a large inclusion in the center that will be reflected around the stone. 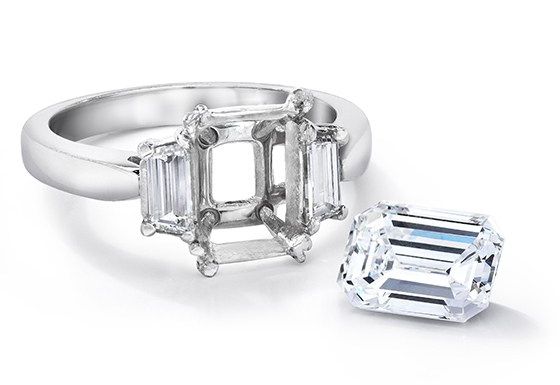 ROSI generally recommends a color of H for an emerald cut diamond: the flashing facets will still look almost colorless. Clarity should be at least SI1 (or better whenever possible.) The most visible factor in the appearance of your emerald cut is the length to width ratio. ROSI recommends a ratio of 1.3 to 1.5, which gives you a pleasing rectangular shape. 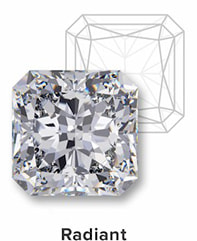 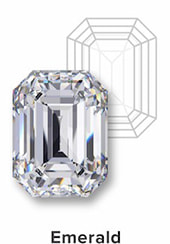 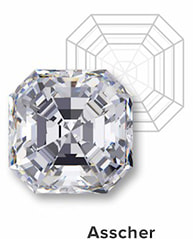