The World’s Biggest Diamonds (and Who Owns Them)

It’s been a great decade for great big diamonds. Four of the largest diamonds ever found have been discovered in the last five years!

While we all have heard of famous diamonds like the Cullinan Diamond in the British Crown Jewels, you may not have heard about the truly massive diamonds found recently, all worth millions and millions of dollars.

Although the biggest diamonds aren’t always the best, some of the large crystals found recently have cut large diamonds that are of the very best quality.

Several of the new super-sized diamonds discovered are also excellent quality and may soon join the list of the world’s most expensive diamonds too. (Hint: they may not be the biggest but they are the best.) 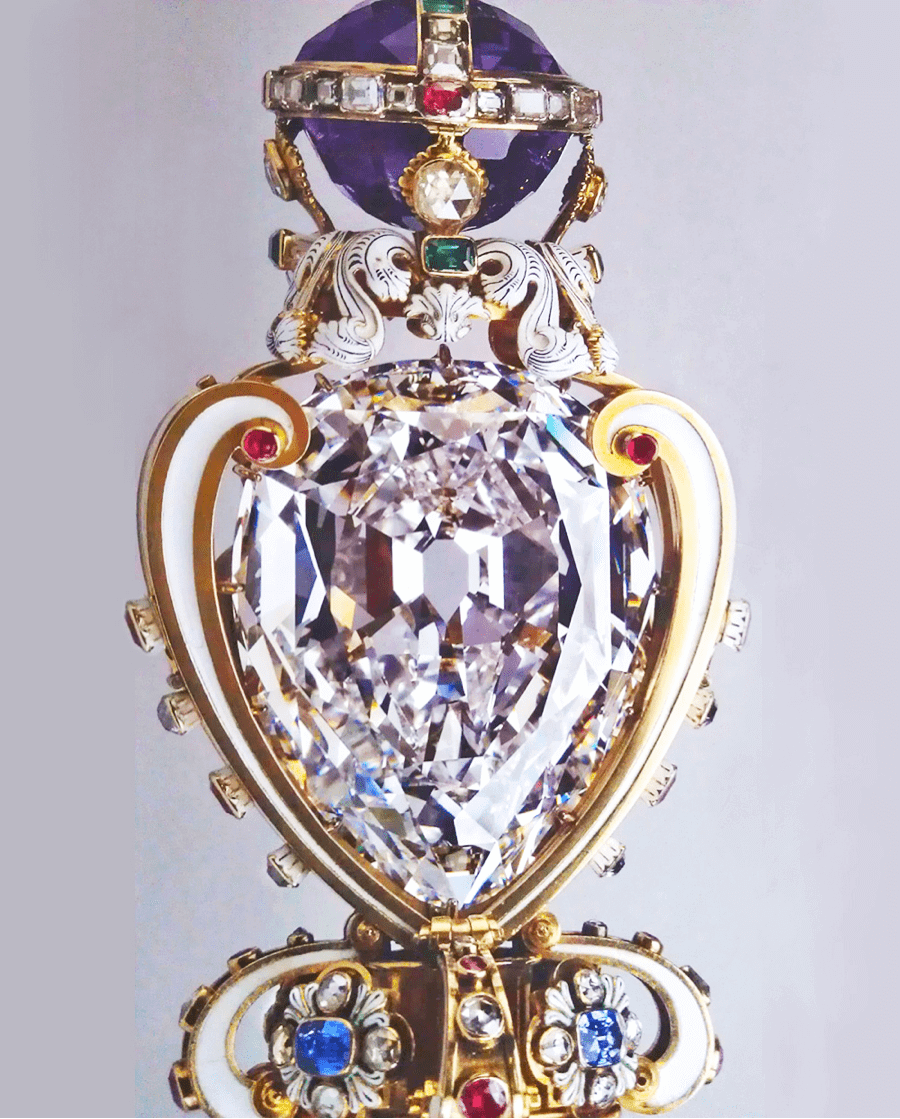 The world’s biggest diamond is the Cullinan Diamond, discovered in the Premier Mine in South Africa in 1905. Named for the owner of the mine, Thomas Cullinan, the Cullinan Diamond was a massive 3,106 carats in its uncut state: that’s 1-1/3 pounds! The Cullinan rough was just under 4 inches long, over 2 inches wide, and more than 2.5 inches high.

Frederick Wells, superintendent of the Premier Mine, near Pretoria in Transvaal, what is today South Africa, found the big diamond crystal near the surface of the mining pit. He initially didn't think the large crystal could really be a diamond.

The Cullinan was sent to Europe and given to King Edward VII of England by the government of Transvaal as a pledge of loyalty. It was sent to Amsterdam for cutting. Famous diamond cutter Joseph Asscher was said to have fainted after cleaving it in two. He cut it into more than 10 important diamonds. Many of the largest diamonds cut from the Cullinan are part of the Crown Jewels of England now on display in the Tower of London. The largest stone cut from the Cullinan is the 530.40-carat Great Star of Africa or Cullinan I Diamond which is set in the Sovereign’s Sceptre with Cross. 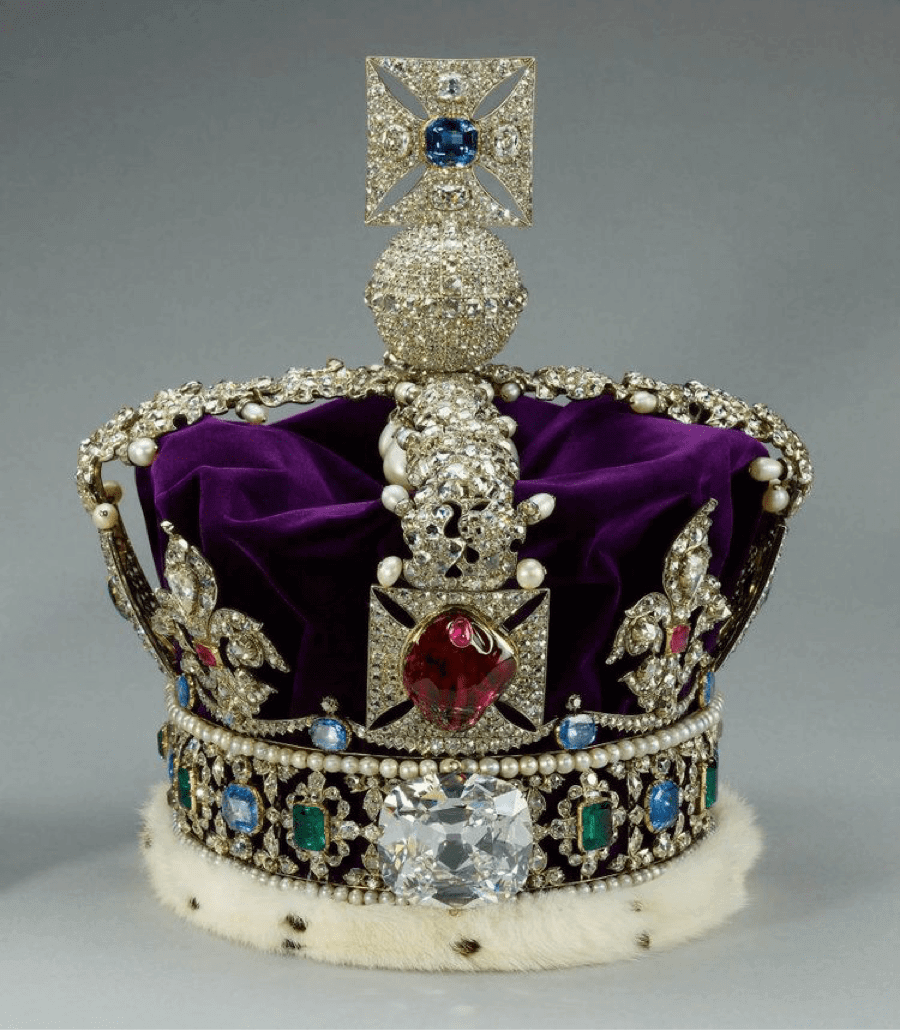 The second largest diamond cut from the Cullinan is a 317.40-carat cushion-cut diamond sometimes called the Second Star of Africa. The Cullinan II Diamond is set in the Imperial State Crown of the British Crown Jewels and is also on display in the Tower of London.

In addition to the Cullinan diamonds in the Crown Jewels, Queen Elizabeth personally owns many smaller stones cut from the Cullinan diamond, including the third and fourth largest stones: a 94.40-carat pear-shaped diamond and a 63.60-carat square-cut brilliant. The two are set in a spectacular brooch that Queen Elizabeth calls “Granny’s Chips.” They were initially remained in Amsterdam with the Asscher Diamond Company as payment for cutting the Cullinan but the Government of South Africa purchased them and gave them as a gift to Queen Mary, who passed them down to her granddaughter Queen Elizabeth.

In addition to being the largest diamond ever discovered, the Cullinan diamond is a Type IIa diamond, a rare kind of diamond known for exceptional color and clarity. The Cullinan is a D color diamond and potentially flawless. More than 1,063 carats of top quality diamonds were cut from this one rough diamond. The Cullinan is undoubtedly the most expensive diamond ever discovered. The only more famous diamond isn’t a colorless diamond but is the deep blue Hope Diamond in the Smithsonian Institution, sometimes called America’s Crown Jewels. Is the Hope Diamond more expensive than the Cullinan Diamond? We’ll never know which diamond would win the battle of the crown jewels since neither diamond will ever be sold.

For colorless gems, the most expensive diamond per carat is the 76-carat Archduke Joseph Diamond which sold for $21.5 million, or $282,894 per carat. That means the Cullinan Diamonds, taken together, are worth much more than $300 million. Estimates of their value, which is enhanced by their status as part of the crown jewels as well as their much larger size, go as high as $2 billion. 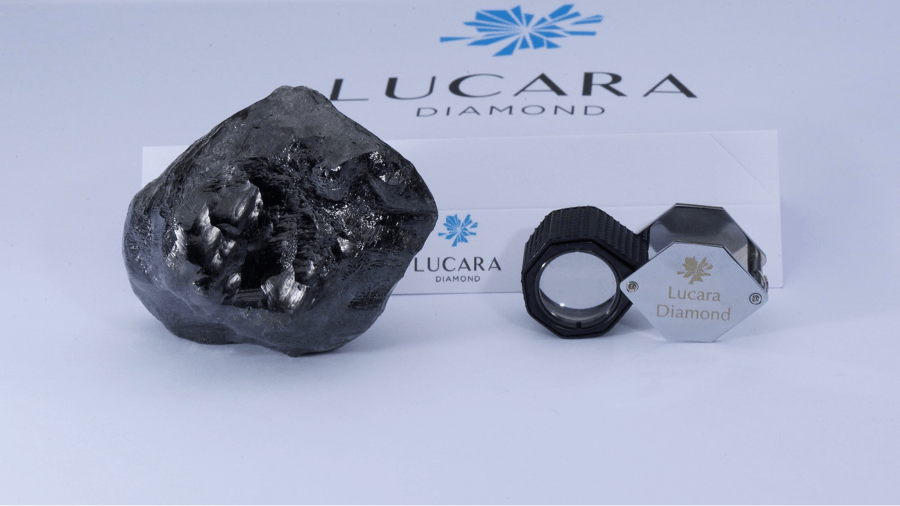 The second largest diamond was discovered in April 2019 by Lucara Diamonds at the Karowe Mine in Botswana. The as-yet-unnamed 1,758-carat gem may not really belong on this list because Lucara describes it as “near gem of variable quality,” which means that only sections of it are transparent enough to cut into gems. As a result, it’s worth a fraction of the value of a gem-quality rough diamond this size. For diamonds, quality is everything. Top quality diamonds of remarkable size can sell for hundreds of thousands of dollars per carat. Industrial diamonds might only sell for $1 per carat. Until this diamond is sold, we won't know where it falls in that spectrum. Lucara still owns this 1,758-carat rough diamond.

If you count opaque and industrial quality diamonds there has even been a diamond discovered that’s larger than the Cullinan: the 3,167-carat opaque Carbonado do Sergio discovered in Brazil in 1895.

But the 1,758-carat Karowe gem is significant for another reason besides its value, which is less than the other diamonds on this list: in the past, this kind of diamond would have been crushed during rough processing. Today Lucara is using new technology, X-ray transmission sorting equipment from Tomra Sorting Solutions, which can pick out diamonds even if they are dark or rare type II diamonds.

Since 2015 when Lucara switched to this technology, the company has discovered 12 diamonds that are 300 carats or larger. It’s likely that more will be coming in the future. 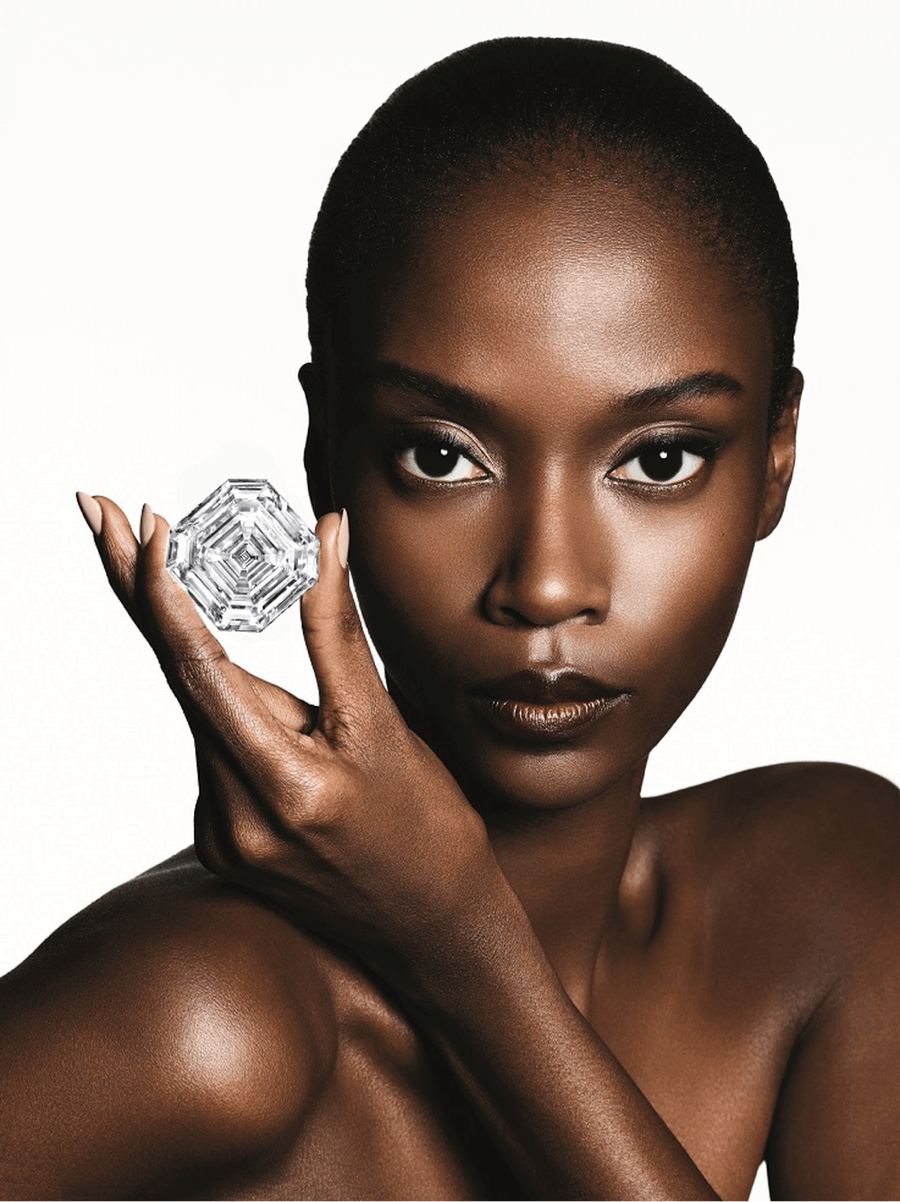 This 1,109-carat rough diamond sparked worldwide headlines when it was discovered by Lucara Diamond at the Karowe Mine in Botswana in 2015. Following a nationwide contest, the record-breaking rough was dubbed the Lesedi La Rona, which means “our light” in Tswana, the official language of Botswana. The largest gem-quality rough diamond found since the Cullinan and the largest ever mined in Botswana, it sold for $53 million in September 2017 to Graff Diamonds.

The Graff Lesedi La Rona is the largest diamond ever graded by the Gemological Institute of America as being of highest color, D, and “highest clarity.” The rough also produced 66 smaller diamonds. The 302.37-carat emerald cut has been named the Graff Lesedi La Rona. Fragments from the cutting of the stone were donated to the Smithsonian Institute for research into the earth’s mantle. The Lesedi La Rona has been identified by GIA as being a “superdeep” diamond, a stone that formed three times deeper in the earth than other diamonds. Like the Cullinan, the Lesedi La Rona is a Type IIa diamond, known for exceptional quality.

Because of its rarity, exceptional size, high quality, and undeniable beauty, the Graff Lesedi La Rona will no doubt sell for $100 million or even more. 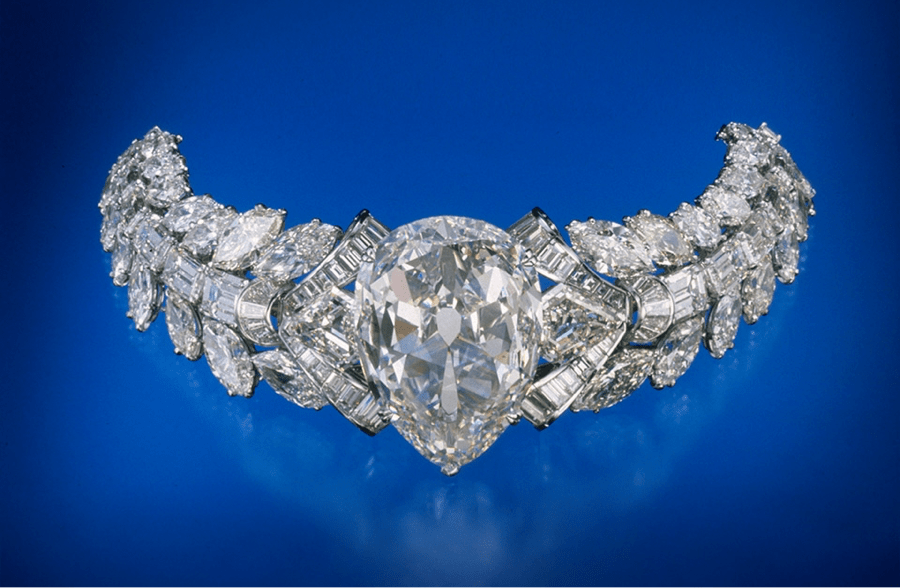 When the 995-carat rough Excelsior diamond was discovered at the Jagersfontein Mine in South Africa in 1893, no one initially wanted to buy it. So it was cut into many small diamonds, its potential to produce a gem as breathtaking as the Graff Lesedi La Rona was discarded. The largest of the diamonds cut from the massive colorless rough gem, the 70-carat Excelsior Diamond, was set in a bracelet by Mouawad Jewelers. The Excelsior Diamond is worth more than $10 million.

5. The Star of Sierra Leone 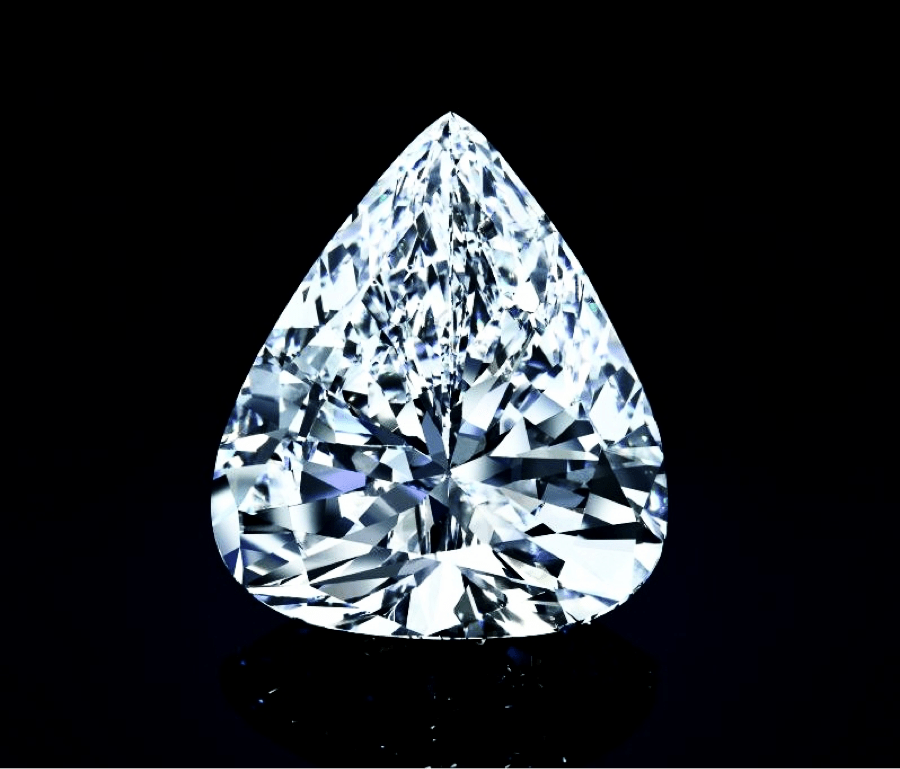 The 968.90-carat Star of Sierra Leone was found in Sierra Leone in 1972 and purchased by Harry Winston for “several million dollars.” And brought to New York. It was initially cut into a 143.20-carat emerald cut but due to a flaw, it was recut into a 42-carat pear shape by New York cutting firm Lazare Kaplan. The rough also produced 17 additional diamonds. Six of the diamonds were set into a brooch. The Star of Sierra Leone is the largest alluvial diamond ever found: every larger gem has been recovered from a primary deposit. It is likely worth more than $6 million. 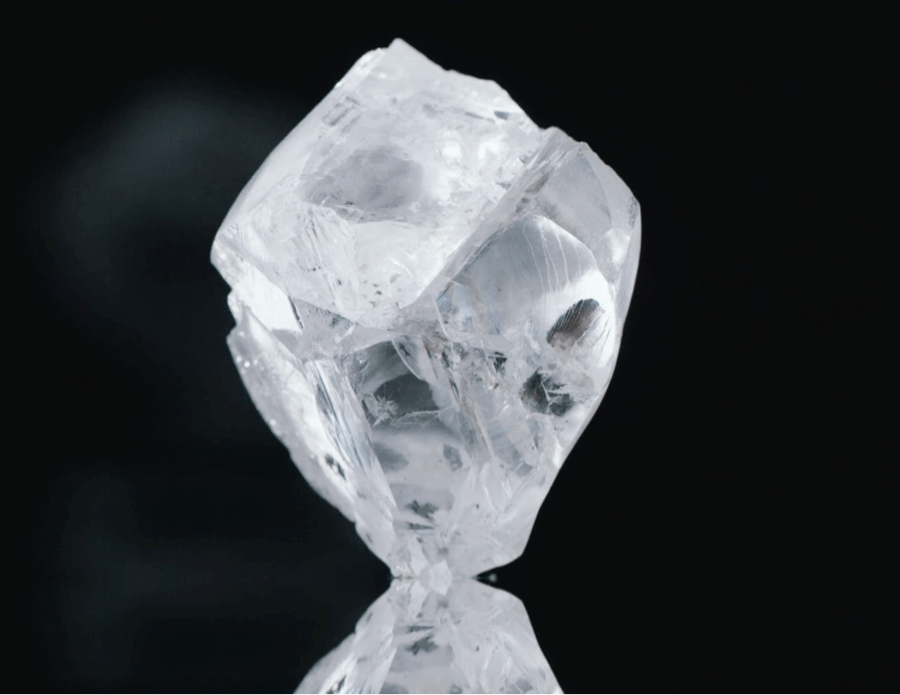 The 910-carat Lesotho Legend was discovered By Gem Diamonds at the Lestseng Mine in South Africa, which is another diamond mine that is famous for the size and quality of the diamonds it produces. The mine is 10,000 feet above sea level. The rough diamond sold for $40 million in March 2018 but no cut gems have yet been unveiled. 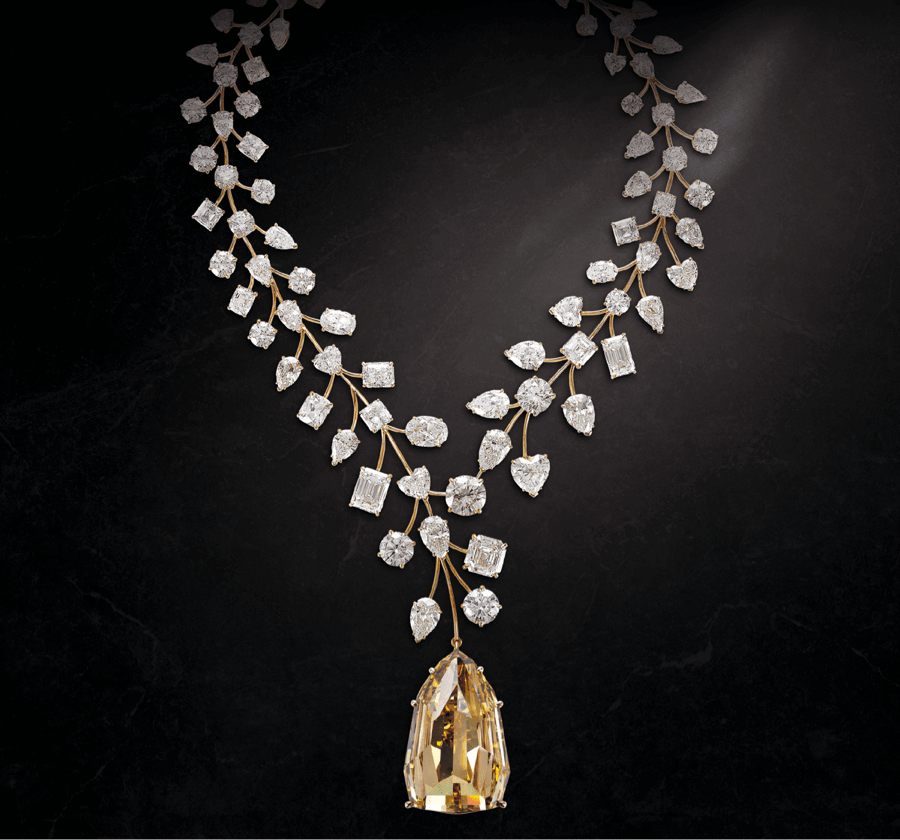 In 1984, a young girl discovered something extraordinary in the mine tailings of the MIBA Diamond Mine in the Democratic Republic of the Congo: a fancy deep brownish yellow diamond weighing 890 carats. The diamond was cut into an unusual elongated triangular drop weighing 407.38 carats named The Incomparable. In 2013, Mouawad Jewelers set it into a 367-carat diamond necklace which is listed in the Guinness World Records as the world’s most expensive necklace, with a price tag of $55 million. 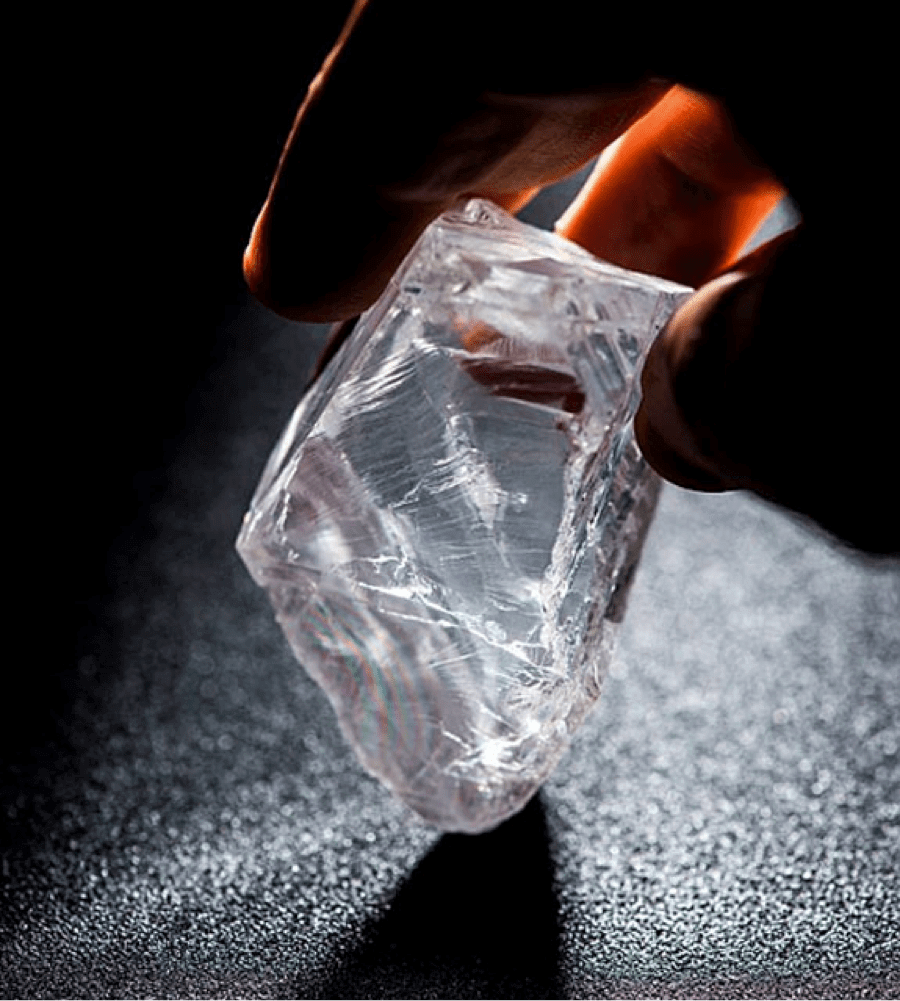 The 813-carat Constellation Diamond was discovered by Lucara Diamond at the Karowe Mine in Botswana in 2015, the same year and mine where the Lesedi La Rona was also found. It was purchased by de Grisogono for more money than the Lesedi La Rona: $63 million. It also has exceptional color and clarity. Will it produce a larger cut gem than the 302.37-carat square emerald cut Graff Lesedi La Rona? De Grisogono must think so. 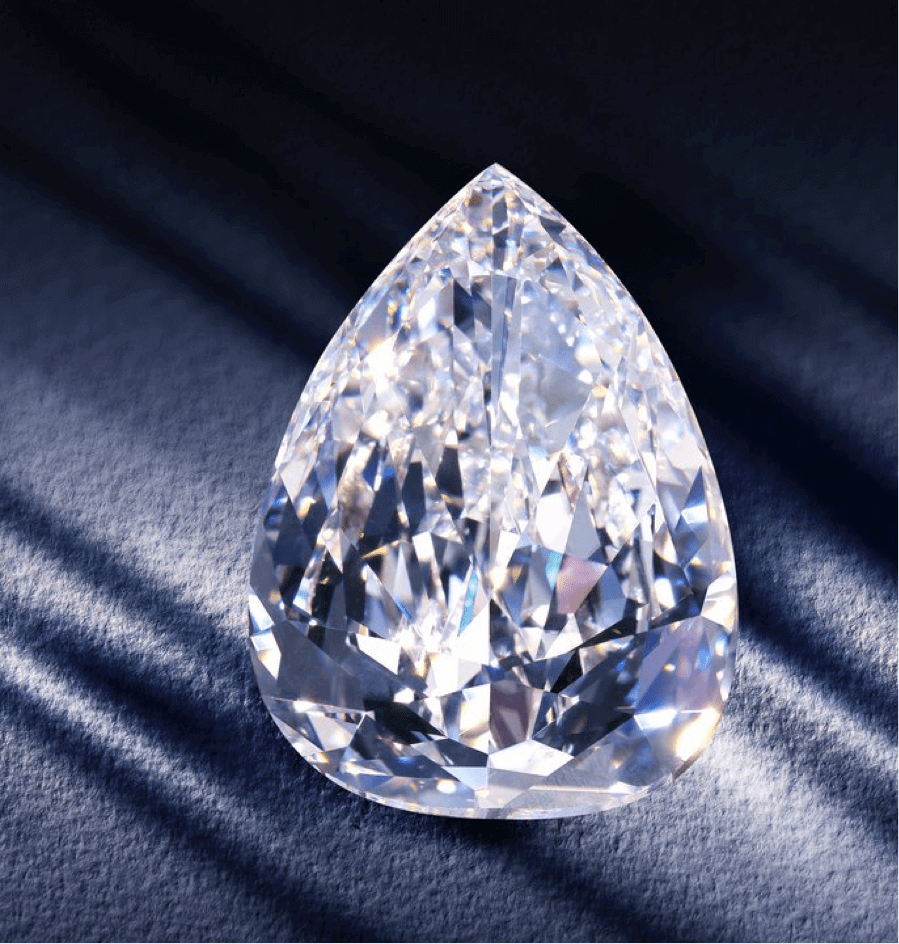 The 777-carat Millennium Star Diamond was found in what is now the Democratic Republic of Congo in 1990. The largest cut gem is a 203.04-carat pear shape D Flawless gem. The diamond was unveiled in 1999 as part of the De Beers Millennium Diamond Collection, which was displayed in London’s Millennium Dome. There was an attempt in November 2000 to steal the collection but the Metropolitan Police discovered the plot and arrested the robbers before their escape. The failed heist is the subject of the true-crime book Diamond Geezers. The Millennium Star is estimated to be worth more than $40 million. 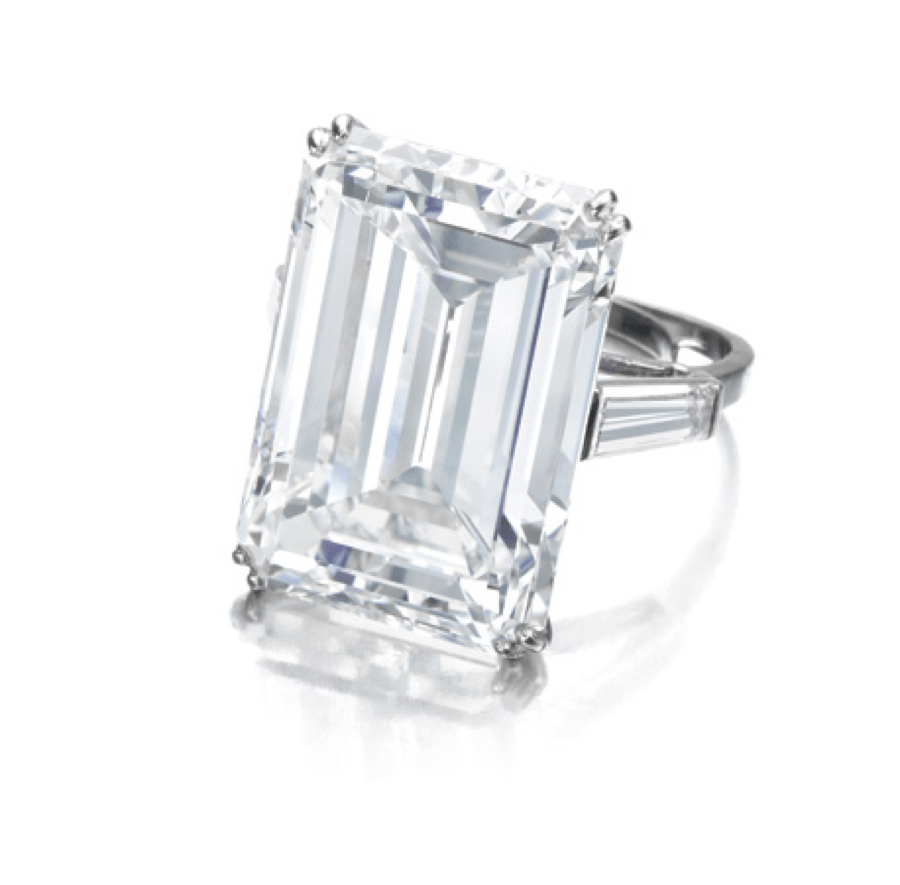 The 770-carat Woyie River diamond is named after the river near Koidu in Sierra Leone where it was uncovered in 1945 by Sierra Leone Selection Trust Limited. At the time, it was the largest alluvial diamond ever found. The rough diamond has a smooth cleavage face 11.5 cm square, indicating it was originally larger but has been broken apart by a blow at some point in its journey down the river. The rough diamond was displayed at the British Industries Fair in May 1949. In 1953, the rough was cut into 30 gems by the London firm Briefel and Lemer, which cut the Williamson pink diamond now in Queen Elizabeth II’s collection.

The Woyie River Diamond is another high-quality Type IIa diamond. The largest gem cut from the rough diamond is a D-color VVS2-clarity 31.34-carat diamond named the Victory Diamond in honor of the allied victory in WWII, a few months following the diamond’s discovery. The emerald-cut diamond was owned by arts patron Florence Gould. The Victory Diamond sold for $4.3 million at Christies in 2015. 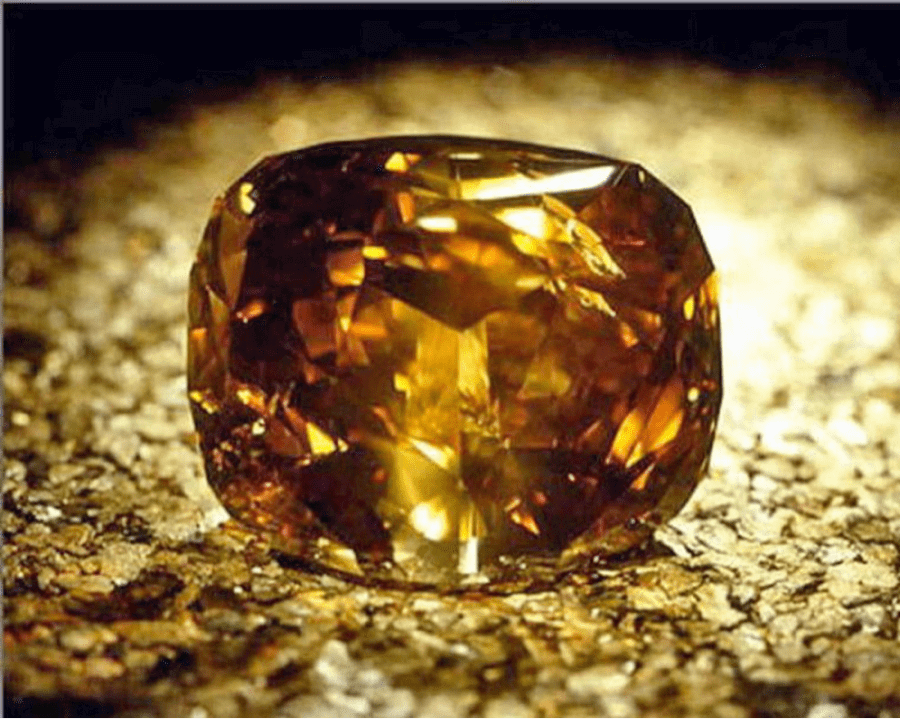 The 755.50-carat Golden Jubilee rough diamond was discovered in South Africa in 1985. It was cut into a 545.67-carat cushion shaped golden brown polished diamond. It’s considered the largest polished gem-quality diamond. In 1997, the diamond was presented to the King of Thailand. The Royal Family of Thailand now owns a polished diamond larger than any in the British Crown Jewels. Because brown-hued diamonds are valued less than colorless gems, the Golden Jubilee is probably less expensive than the Cullinan I.