When you start to research buying a diamond, you’ll come across a lot of blogs that tell you the “true story” of diamonds, and how the whole business is some kind of scam. Hey, we understand if you just don't want to buy a diamond, but we’re here to tell you that these stories are not accurate. Here are six common diamond myths we see a lot of people repeating online that are just plain wrong.

MYTH 1: There Are Huge Mark-Ups on Diamonds 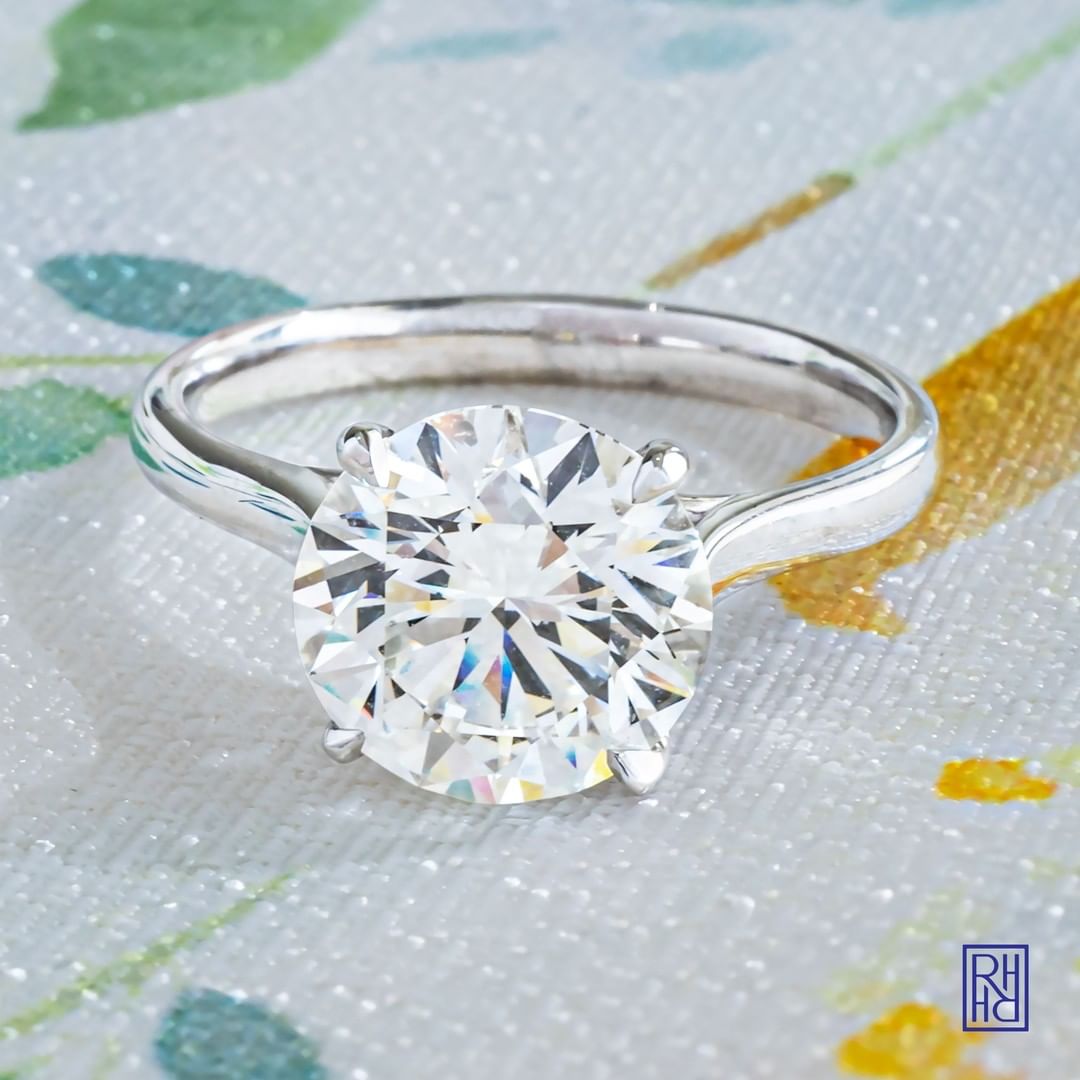 Diamond mark-ups today are lower than they ever have been in the history of the world. Online jewelers generally mark up loose diamonds from 10-20 percent. That’s much much lower than any other luxury product, whether it’s sneakers or handbags or paintings. That means diamonds hold value better than any other luxury product. (They also don't depreciate in value, although the setting might.)

Most large retailers like RockHer buy diamonds right from the diamond cutters and mark them up very competitively. We even offer a digital gemologist that will sort through the 100,000 diamonds available to help you find the best possible value. The only part of the diamond pipeline where margins reach the normal retail markup of 100 percent are large chain retailers.

MYTH 2: You’ll Get a Better Diamond Deal from a “Guy”

Everyone has a “guy,” a friend of a friend with some kind of upstairs office who will sell you a diamond at “wholesale.” Good luck with that. (You know that when someone sells a consumer something that’s retail by definition, right?) All we are saying is that if you buy any diamond from a guy or gal without comparison-shopping online, you are throwing your money away. And make sure any diamond you consider online (or in a store or from a “guy”) has a GIA grading report so you are comparing apples to apples. What, your “guy” says you don't need a GIA report for your diamond? We have a bridge to sell you in Brooklyn.

MYTH 3: Diamonds are a Monopoly Controlled by De Beers

There was a time when De Beers controlled a large portion of the diamond market, managing supply and demand to make sure prices were stable. But that hasn’t been true since the 1990s. De Beers today mines about one-third of the world’s diamonds (selling $4 billion worth in 2019). Alrosa has almost as large a market share ($3.34 billion in rough and polished diamonds in 2019.) Other big miners include Sodiam in Angola at ($1.3 billion), Dominion Diamond Mines in Canada ($760 million), Rio Tinto ($600 million), Petra ($194 million), Lucara ($192 million), Gem Diamonds ($182 million), and a host of other small mining companies, as well as small artisanal miners, who mine about 15 percent of the world’s diamonds. Many of these companies have government investment. For example, the government of Botswana owns 15% of De Beers.

MYTH 4: There are Lots of Blood Diamonds on the Market 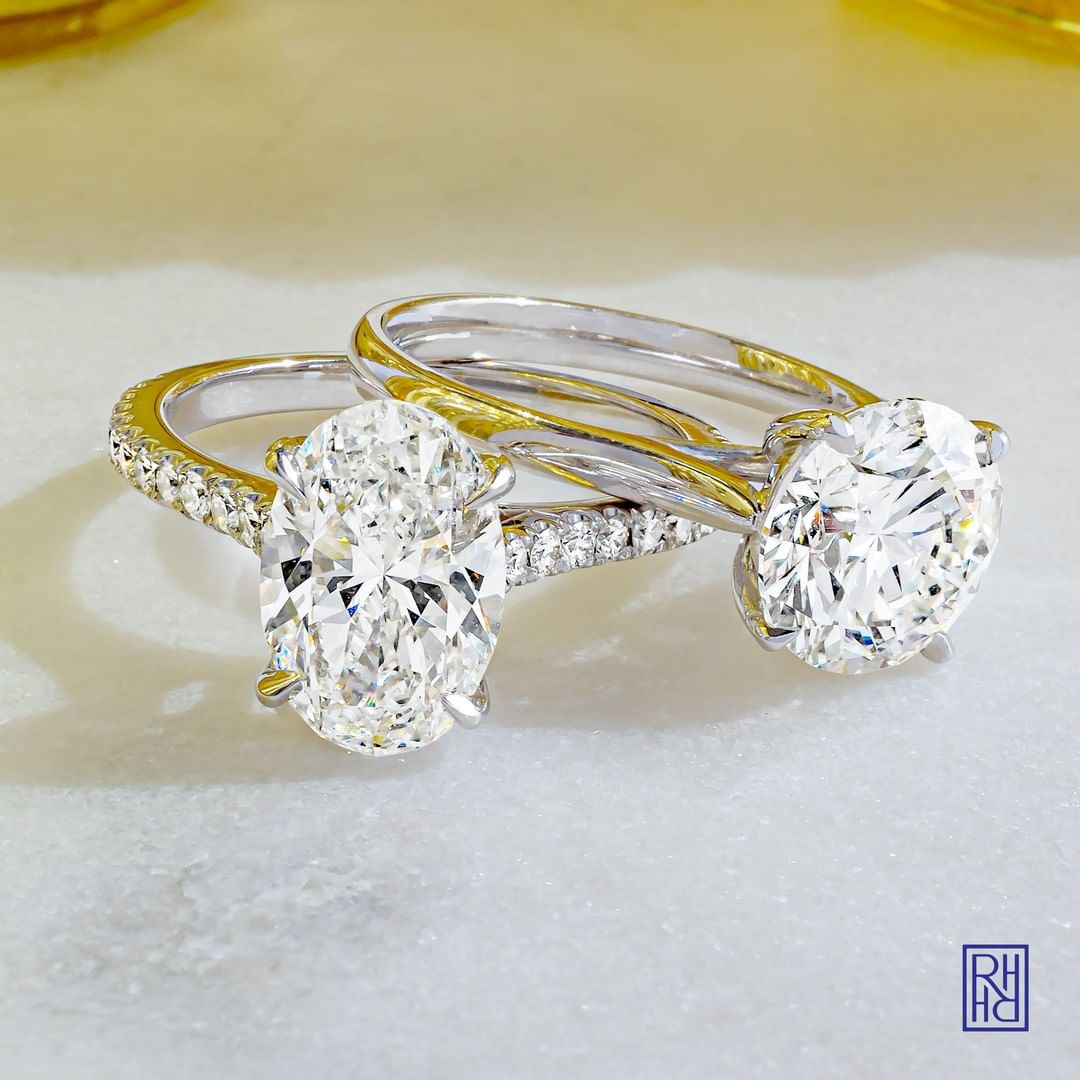 We like a good Leonardo DiCaprio movie as much as the next person but the movie Blood Diamonds isn't a documentary. The civil war in Sierra Leone, which was partly financed by rebel occupation of the country’s diamond mines, was terrible but it ended in 2002. The United Nations lifted diamond sanctions in 2003.

The trade-in diamonds that helped to fund an existing conflict in that country inspired the Kimberley Process: a United Nations mandated agreement between 82 countries, diamond producers and non-profits around the world to track rough diamonds to ensure they do not fund conflict. Today more than 99.8% of rough diamonds are certified through the system, which has helped to remove a potential source of funding for rebel movements in diamond mining countries.

Some jewelers, including Tiffany, Brilliant Earth, and RockHer, are now going beyond the Kimberley Process to offer individual polished diamonds that can be traced through the cutting process all the way back to the source country so you can know exactly where your diamond was mined and cut.

Diamond revenue is very important for countries in Africa like Botswana, which derives most of its GDP from diamond mining, cutting and sorting. The diamond sector provides a livelihood for 10 million people globally, including 1.5 million artisanal and small-scale miners and their families in Africa and South America. Diamond mining is good for Africa, contributing approximately $7.6 billion per year to the continent’s economy.

MYTH 6: Lab-Grown Diamonds are Better for the Environment

Although mining diamonds moves a lot of earth and rock, diamond mining is relatively low impact because it doesn’t use chemicals. Most large diamond mines are surrounded by open undisturbed preserved land. Many mining operations are working on reaching carbon-neutral status. De Beers is even developing technology that can sequester carbon in decommissioned mines. According to the Diamond Producers Association, the carbon footprint of a 1 carat polished, natural diamond is smaller than that of most CVD synthetic diamonds of similar size.

Why is that? Lab-grown diamond factories use a lot of energy. The presses and reactors that are used to manufacture created diamonds operate at a very high heat and pressure for very long periods of time while the synthetic diamond crystallizes. The environmental impact of that energy use depends on how the energy is produced. If a diamond plant uses solar or hydropower it would be much cleaner than coal, obviously. But either way, the energy used has a significant environmental impact. And most producers don’t even tell you where their products are manufactured or how much energy they use.

Most modern technology uses mined elements, including factories that grow diamonds. In addition to the environmental cost of the energy it takes to manufacture diamonds, the raw materials used are mined, as are the metals used to make the machinery, and the chemical catalysts used during the process.

That’s why the picture is much more complicated than it seems at first glance. According to Dr Saleem H. Ali of the University of Delaware, a definitive study that compares the ecological impact of man-made and mined diamonds is not currently possible, due to the lack of data on the raw materials used in the lab-grown diamond manufacturing process.

In addition, the reuse of previously mined diamonds, over and over for generations, means that the environmental impact of diamond mining can be amortized over decades and sometimes even centuries of use and reuse. It’s not clear that lab-grown diamonds will become heirlooms in the same way.